“Did you finish that game?”

A tricky question. It can be as easy to answer as “Did you finish that show?” and as hard as “Did you finish having fun in life?” This would not be a complicated question for linear media, such as movies, TV, and books. Games, however, are often non-linear (if they have the notion of a story or campaign at all) and give us a choice in how we enjoy them. Their beauty is in expanding and contracting to fit different players’ abilities, preferences, and whims.

But this same advantage over other media can make it harder to figure out when exactly a game is done. Not knowing this can be a problem because our gaming time is limited and precious, so spending it well means knowing when to call it quits on one game and move on to the next, without feeling that the time spent was “wasted.” Balancing this is essential for executing the “cut your losses” strategy for getting through your game backlog.

Games vary in how easy they make it to “finish” them. Often, if the game has a dominant linear component, and the narrative plays a critical role in the game, defining the end becomes quite easy. This can be most dramatically seen in visual novels like What Remains of Edith Finch; allow the game to lead you along, see the story play out, watch the credits roll, and you know it is done. 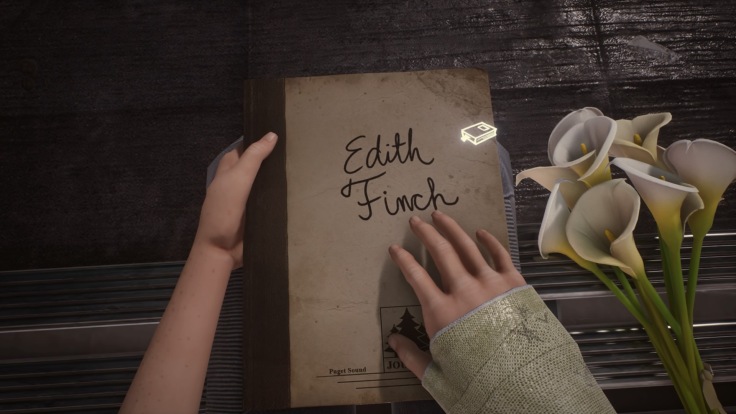 It gets trickier when a game has not only a main story or a campaign, but additional content that is not required to complete that campaign. For example, RPGs like The Witcher 3 and Elder Scrolls: Skyrim have a myriad optional side missions and quests, which can enhance the player’s experience or even affect the main story, but a player can certainly get to the credits without ever touching that content. Some games, like Destiny or The Division, feature content that can be explored after the campaign is complete, and for many players, that content is even more important than the linear story in the game.

Finally, on the least-straightforward end of the spectrum are games that lack any linear elements. When are multiplayer-only experiences like Overwatch and Rocket League ever really finished? What about a game with strong modding or UGC (user-generated content) communities? If new stories and maps are being added to the game’s universe every month, can it ever really be done?

Of course, most things do come to an end, and even a favorite game may overstay its welcome eventually. The question is how this “end” can be defined. When discussing this question with other gamers, and in my own experience, I found that there is no single definition, and the answers fall on a spectrum from partial to more obsessive completion.

For many people, finishing the main campaign and “seeing the credits roll” is the most satisfying completion metric. However, most games feature optional content that either comes with its own narrative (side quests) or affects the main story and gameplay (collectibles that unlock abilities through progression). Many players claim that experiencing this next rung of content is essential to them to call the game complete. Other players even consider narrative DLC content added to the game months after release as important to “finishing” the game.

Stepping beyond story, some gamers focus on doing and experiencing absolutely everything that the game has to offer. This includes collectibles and challenges within the game that may not unlock any additional gameplay or story. Sometimes, developers set up extrinsic motivations for this level of completion – achievements and trophies. A subset of players consider completing these challenges a critical part of calling the game finished.

Finally, on the most involved end, some gamers look outside of the game for even more content. This includes mods and user-generated content, as well as narrative features like wikis, graphic novels, and videos that expand the in-game universe.

In the end, it’s personal

For some games, you might decide to scale back the definition of “done.” Why wait for the credits to roll if the game is not fun for you? Some players we spoke to said they were happy to call the game done early if they had seen all that it had to show them, even if that meant not getting to the end of the narrative. One potential way of “completing” games despite not getting to the end of the campaign is writing up a mini-review of what did and didn’t work for you about the game; if you can describe why you did not finish the game, you still got something positive out of the experience.

Definition can and should vary from game to game and person to person. After all, the non-linearity and multitude of choices that make it hard to define “completion” for a game are all about giving a player agency, and the ultimate agency is deciding what the game will be to you.